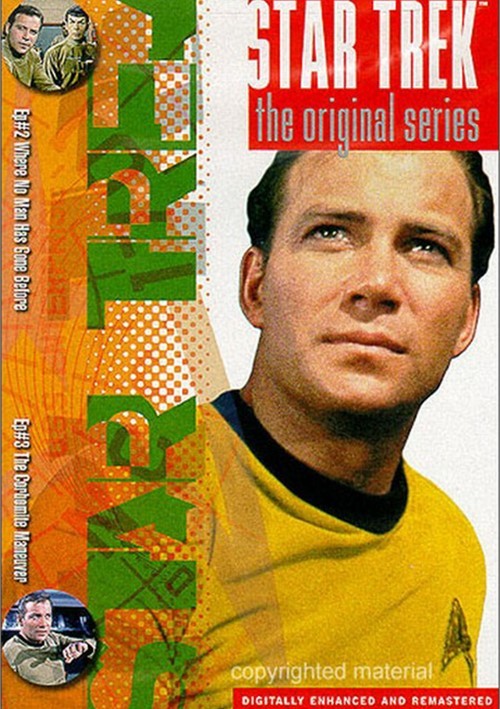 Where No Man Has Gone Before:(Episode 2)

The Flight recorder of the 200-year old U.S.S. Valiant relays a tale of terror - a magnetic storm at the edge of the galaxy. As the Enterprise nears the same barrier, Kirk elects to probe beyond its depths with disastrous results. Kirk's closest friend Lt. Gary Mitchell's mutating ESP abilities threaten the safety of his ship, Kirk must make an agonizing decision: maroon Mitchell on a desolate planet or kill him while he still can. However, as one friendship dies, another is just beginning..

While on a star charting mission, the Enterprise encounters a luminescent, radioactive cube. When Kirk is f-rced to destroy it, an enormous ship of pulsating lights appears, commanded by the ominous Balok (Clint Howard). Balok condemns the Enterprise crew to death, and seeing no escape, Kirk chances a desperate bluff. Dr. Leonard "Bones" McCoy debuts in this episode and the beloved triad of Kirk's episode and the beloved of Kirk's leadership, Spock's logic, and McCoy's humanity is now complete.