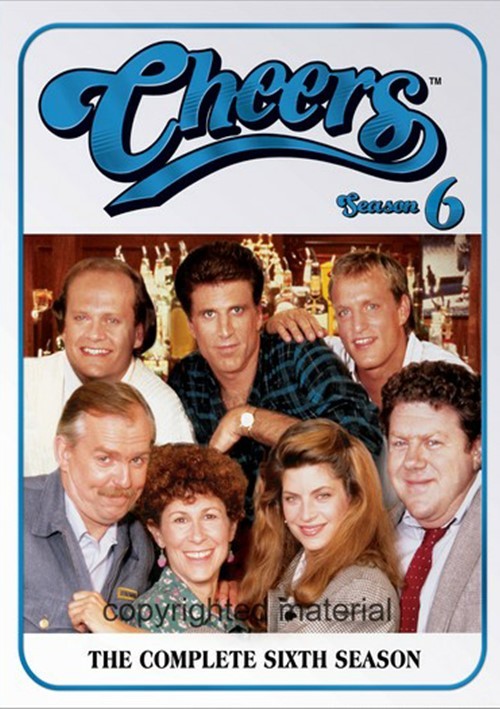 It's the cozy little Boston bar where everybody knows your name...welcome to Cheers - the EmmyÂ® Award-winning, smash-hit television series that kept the laughs uncorked for 11 years. It's a new beginning for the bar - and for the gang- in Cheers: The Complete Sixth Season. After selling the watering hole to a large corporation six months earlier, Sam Malone (Ted Danson) is back from "retirement"...and looking for a job. Holding his employment hopes in her hand is the bar's new manager, the acerbic and neurotic Rebecca Howe (Kirstie Alley). But still hanging around - and ready to watch the Malone-Howe fireworks - as the hilarious Cheers staff and patrons, Carla (Rhea Perlman), Woody (Woody Harrelson), Cliff (John Ratzenberger), Norm (George Wendy), and Frasier (Kelsey Grammer). It's a brilliant sixth season , with 25 uproarious episodes and liters and liters of laughs in this classic TV comedy!

Home Is The Sailor

Bidding On The Boys

A Kiss Is Still A Kiss

Woody For Hire Meets Norman Of The Apes

To All The Girls I've Loved Before

The Sam In The Gray Flannel Suit

Back Seat Beck, Up Front