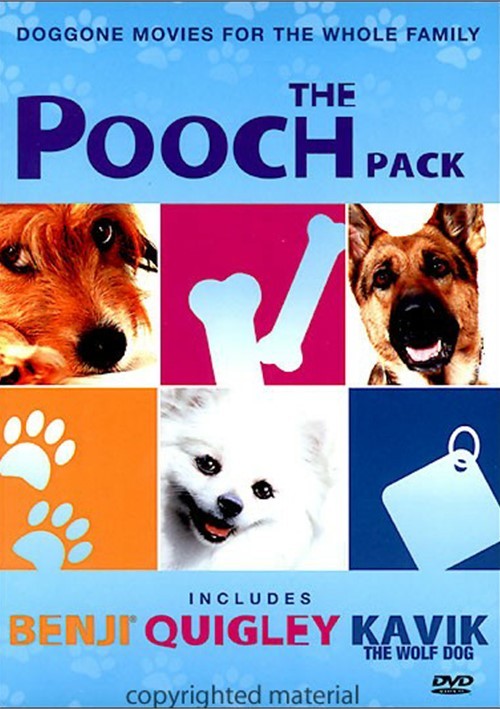 Doggone Movies For The Whole Family

As OscarÂ® nominee for the hit song "Benji's Theme (I Feel Love)," writer-director Joe Camp's original canine-classic remains one of the best-loved family films after thirty years. This tail-wagging tale begins as Benji visits his pals Cindy (Cynthia Smith) and Paul (Allen Fiuzat), whose father, Paul Chapman (Peter Breck) won't let them give the mutt a home. But the shaggy stray changes his mind by saving the day when Mitch (Mark Slade) and his reluctant partners (Christopher Connelly, Tom Lester, Deborah Walley) kidnap the kids. "Benji's uncanny ability to project emotions definitely makes him the Laurence Olivier of the animal world," raved The New York Daily News; now he's back for a new generation!

Gary Busey (Lethal Weapon), Curtis Armstrong (Risky Business), Oz Perkins (Legally Blond) and Christopher Atkins (The Blue Lagoon) head up the cast in this fun-filled family adventure about second chances. Archie (Gary Busey) is a billionaire who has everything one could imagine - except for what is most important... a heart and a conscience. On the brink of making an announcement that would forever change the lives of his employees, Archie experiences a tragic accident that takes him to the gates of heaven where he is given a chance to redeem himself. He is sent back to earth, in the form of an adorable Pomeranian - a creature he despises even more than people. With the help of his guardian angel, Archie is sent on a heavenly mission to help the lives of those around him, while at the same time saving his own.

A magnificent Alaskan dog who leads his team to victory in the National Open Sled Dog Race, Kavik is bought by wealthy, unscrupulous businessman George Hunter, but his plane crashes en route to Seattle. Twelve-year-old Andy finds the badly wounded Kavik in the woods, nurses him back to health when no one believes he will survive, and loves the once proud dog, who is left fearful and cowardly by the accident. Hearing of Kavik's amazing recovery, Hunter takes the dog back to Seattle to show him off, but when Kavik becomes frightened at Hunter's annual Sportsman Dinner, he leaps through a glass window to freedom. Lost and alone, he must regain his courage, battling man and the elements on his 2,000 mile trek to find the boy he loves in this adaptation of the beloved children's book, with spectacular Alaskan wilderness footage.