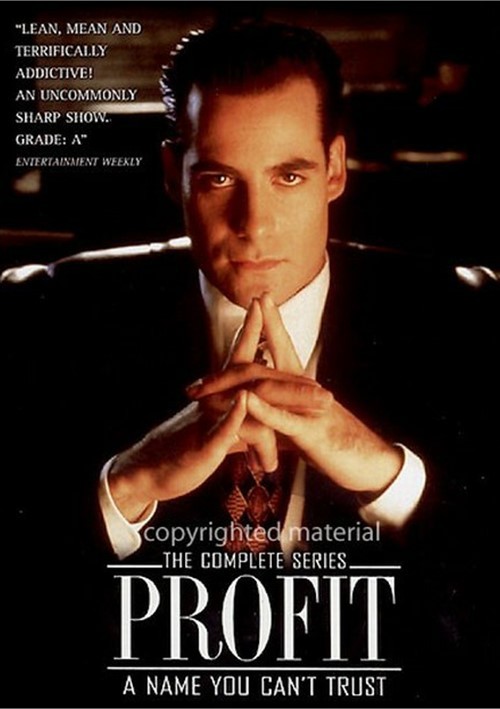 A Name You Can't Trust

In April 1996, Fox aired the two-hour pilot for a daring new series called Profit. Even before the first commercial break, audiences were stunned. Critics where blown away. And in one of the most controversial moves in TV history, the network pulled the show after only four episodes. Adrian Pasdar delivering what The New York Daily News calls "a totally committed, even dangerous performance" - stars as Jim Profit, a charismatic sociopath who turns a horrific childhood secret into a ruthless climb up the corporate ladder. For the first time in primetime, here was a 'hero' for whom greed, blackmail, incest, sexual manipulation and even murder were all in a day's work. Lisa Zane, Keith Szarabajka, Lisa Blount and Lisa Darr co-star in this legendary series that New York Newsday called "deliciously evil and amazing...an incredible achievement in unorthodox television!"

Experience every startling moment of Profit now collected for the first time ever - including the final four episodes that were never broadcast in North America - plus all-new Extras that reveal the legacy behind the series that shocked the world.

Reviews for "Profit: The Complete Series"