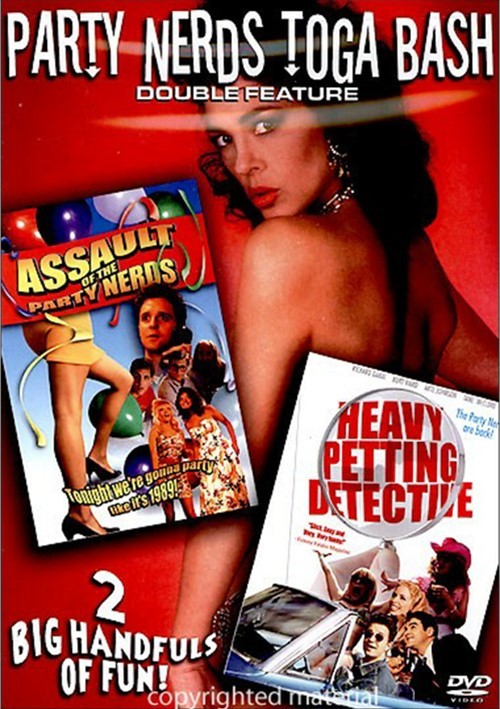 Cult Classic Assault Of The Party Nerds was shot in five days and completed to a 16mm film answer print for forty thousand dollars! B-Movie Scream Queens Linnea Quigley and Michelle Bauer never looked better (and you've never seen more of them) than in this classic free for all. The cast is rounded out by Richard Gabai (Virtual Girl, After Midnight, Dinosaur Island) and sixties idol Troy Donahue (Surfside Six, A Summer Place) "Animal House" meets "Revenge Of The Nerds" with beer! It's the party of the century!

Assault Of The Party Nerds 2: The Heavy Petting Detective picks up the story five years later, when the "Party Nerds" are out of college. It's bigger, better, faster, and has more Partynerdum than the original. Party Nerd alums Linnea Quigley, Michelle Bauer, and Richard Gabai are back this time being joined by Burt Ward (Robin of TV's Batman), Arte Johnson (Laugh In), Rhonda Shear (Up All Night), and the legendary sexy siren Tane McClure. The Party Nerds are back in this hilariously sexy tour de f-rce that was the most anticipated sequel in B-Movie History!