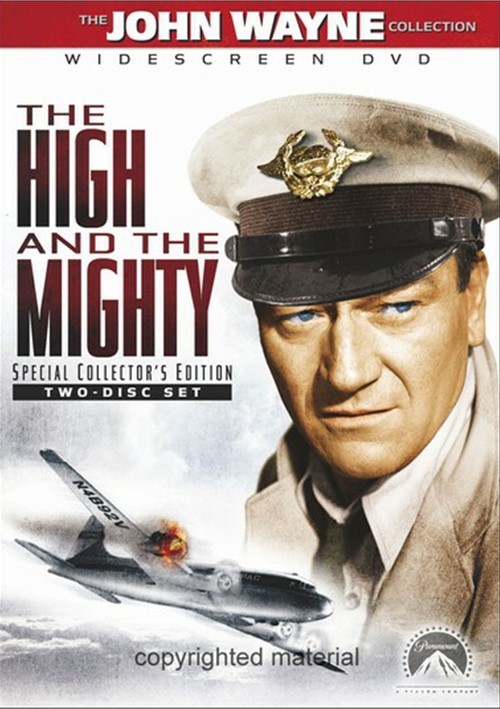 Soar into the skies on a thrilling airborne adventure in this meticulously restored John Wayne film classic. In one of his most memorable roles, Wayne plays Dan Roman, a veteran pilot haunted by a tragic past. Now relegated to second-in-command cockpit assignments, he finds himself scheduled on a routine Honolulu-to-San Francisco flight - one that takes a terrifying, suspense-building turn when disaster strikes high above the Pacific Ocean at the point of no return. A "Who's Who" of Hollywood greats - Claire Trevor, Laraine Day, Robert Stack, Jan Sterling, Phil Harris and Robert Newton, among others - are aboard for this celebrated drama bursting with conflict and excitement. Nominated for six Academy AwardsÂ®, including Best Director (William A. Wellman) and two Best Supporting Actress nods (Trevor and Sterling), the film nabbed the OscarÂ® for Dimitri Tiomkin's unforgettable musical score.

Review "High And The Mighty, The"

Reviews for "High And The Mighty, The"