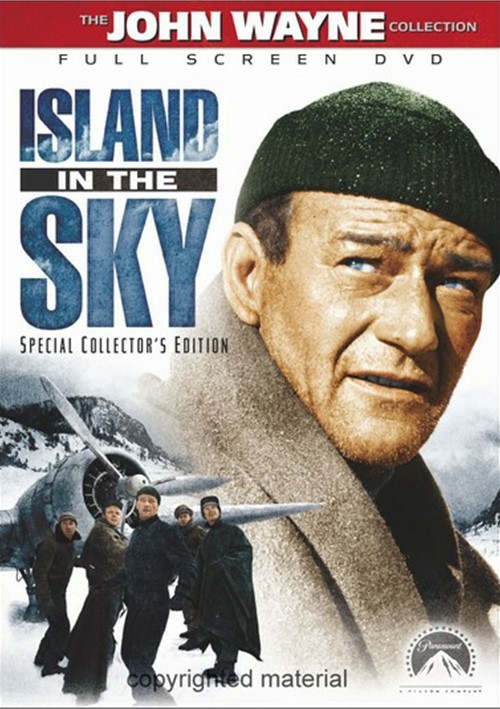 The call goes out: "Dooley's down!"

The frozen, unforgiving terrain of subarctic Canada is the setting as screen giant John Wayne heads an all-star cast in this meticulously restored adventure drama. Set after World War II, Wayne play Dooley, a former army pilot flying transport missions, who is f-rced to crash-land his fuel-starved plane on a frozen lake after is strays from its course. A desperate game of survival begins as Dooley and his men confront a meager food supply, limited shelter, inadequate clothing, a primitive emergency radio transmitter and an impending arctic storm. Meanwhile, Dooley's fellow pilots and their crews launch a seemingly overwhelming air search of the bleak, uncharted landscape - grimly realizing that the rescue of the missing men diminishes with each tick of the clock. Lloyd Nolan, Walter Abel, James Arness, Andy Devine, and Harry Carey, Jr. also star in this engrossing tale of bravery, hope and survival of the human spirit.

Review "Island In The Sky"

Reviews for "Island In The Sky"