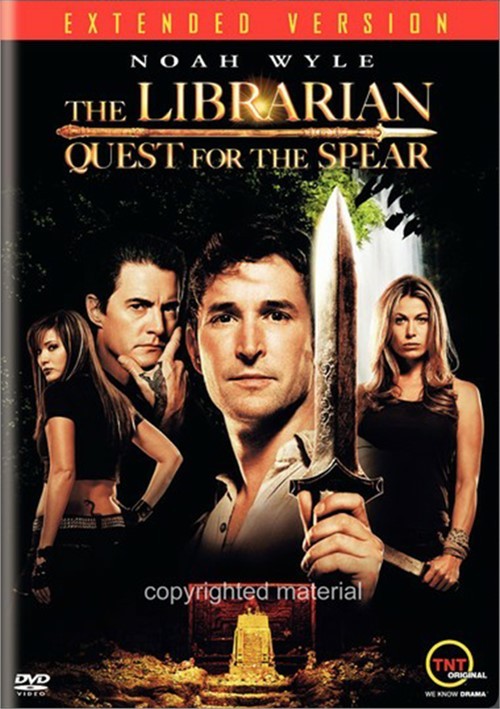 To be a librarian, you must master the Dewey Decimal System, ace internet research and, if you're new librarian Flynn Carsen (Noah Wyle), save the world! Wyle (ER) heads a sterling cast in a fun, fantastical, special effects-laden adventure that soars around the world from the Metropolitan Library to the Amazon jungle to the Himalayas. Geeky Carsen lands a job as the Librarian, keeper of such top-secret Met treasures as Excalibur and Pandora's Box. Then the Serpent Brotherhood, seeking world domination, steals one of three parts of the magical Spear of Destiny from the library. Only Flynn, aided by a gorgeous bodyguard, has the know-how to thwart their plan. But does he know how to be a hero? He will - even if he has to gouge, kick, punch, brave Mayan death traps and plunge off icy precipices every inch of the way!

Review "Librarian, The: Quest For The "

Reviews for "Librarian, The: Quest For The "