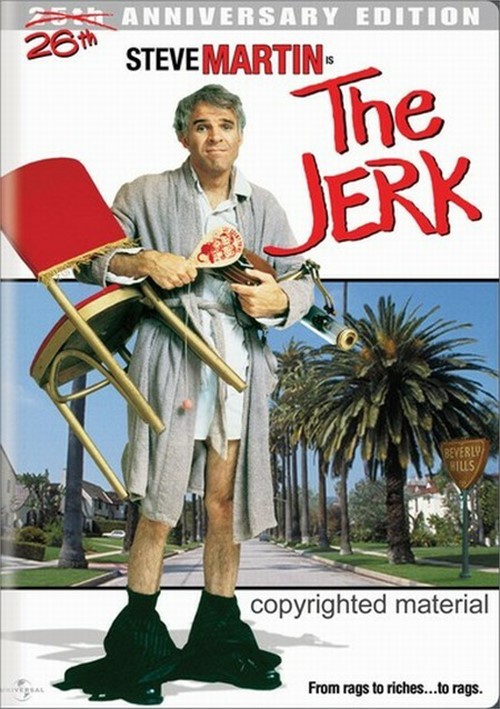 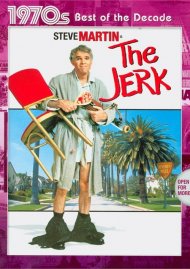 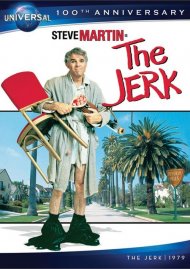 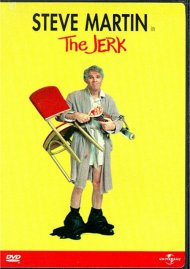 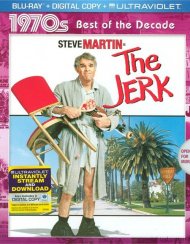 That wild and crazy guy, Steve Martin, makes his film-starring debut in the wacky comedy hit The Jerk. Steve portrays Navin Johnson, adopted son of a poor black sharecropper family, whose crazy inventions lead him from rags to riches and right back to rags. Along the way, he's smitten with a lady motorcycle racer, survives a series of screwball attacks by a deranged killer, becomes a millionaire by inventing the "Opti-grab" handle for eyeglasses - and shows why he's one of the hottest comic performers in the world.