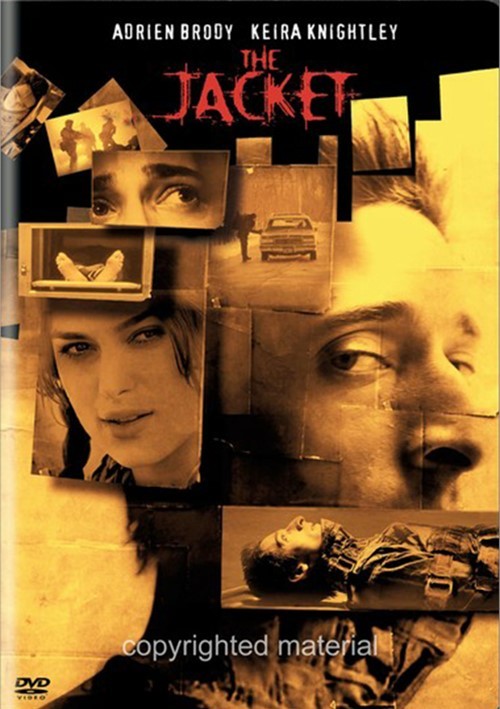 Jack Starks knows little about who he is. Nor does he know why he's bound in a strait-jacket and subjected to bizarre psychiatric treatments. But an even more stunning fate awaits this amnesia-stricken Gulf War veteran: the treatments thrust him into the year 2007 - where Jack learns he died in 1993.

Impressive filmmaking talents join f-rces for The Jacket, a mind- and genre-bender of a psychological thriller produced by Peter Guber, George Clooney and Steven Soderbergh. Academy AwardÂ® winner Adrien Brody (The Pianist) plays Starks, the time traveler running out of time. And Keira Knightley (Pirates of the Caribbean: The Curse of the Black Pearl), Kris Kristofferson and Jennifer Jason Leigh bring addition star wattage to eerie events that reach beyond time, beyond fantasy, beyond life itself.

Reviews for "Jacket, The"