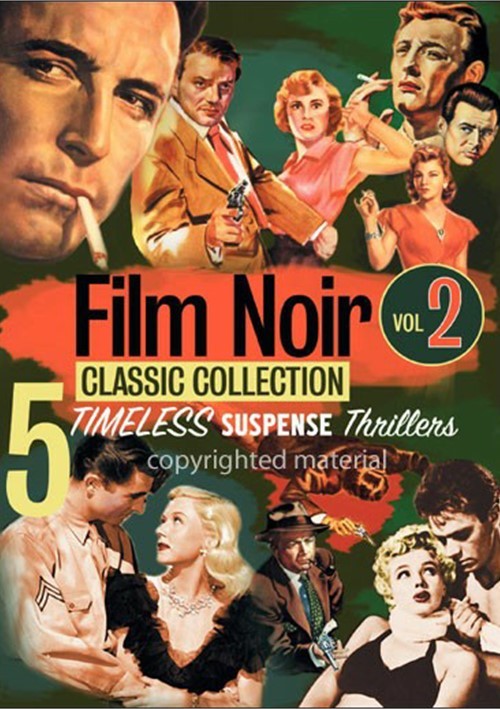 Helen Brent knows Sam Wild is more than a social climber who married her wealthy foster sister. He's a remorseless killer. And yet she finds his brash confidence, square-shouldered good looks and constant aura of menace completely irresistible. Versatile director Robert Wise (The Day the Earth Stood Still, The Sound of Music, West Side Story) shows his film-noir chops with this dark gem whose mix of heiress sisters, stone-hearted men, needy hangers-on and inexplicable but inevitable love plays like a soap opera that refuses to wash itself clean. Walter Slezak portrays the verse-quoting shamus. And Claire Trevor and Lawrence Tierney portray the illicit lovers who play with fire and burn their names forever into film-noir lore.

Pack your bags for one of movie history's greatest trips, a nifty film noir thriller that Time deemed "worthy of being bracketed in the select group of train thrillers headed by Alfred Hitchcock's The Lady Vanishes."

The tracks run direct from Chicago to L.A. The OscarÂ®-nominated story, directed by Richard Fleischer (The Boston Strangler) and scripted by his frequent collaborator Earl Felton, zigzags with surprise turns. Film noir favorite Charles McGraw plays a cop guarding a gangster's moll (fellow genre icon Marie Windsor) as she travels west to testify before a grand jury. Also riding the Pullmans: determined hit men who know the moll is on the train, but don't know what she looks like. All aboard!

Mae Doyle is a good-time girl, but now times are bad. Weary of too much booze and too many men, she returns to her girlhood home, the fishing village of Monterey, California. There she finds security as the wife of a devoted and dull fisherman...and passion in the arms of his provocative best friend.

Film noir master Fritz Lang (The Big Heat, Ministry of Fear) directs four towering talents - Barbara Stanwyck, Paul Douglas, Robert Ryan and rising star Marilyn Monroe - in a stark tale of lives burnished by human emotion and shattered by human failings. Intense and powerfully realistic, Clash by Night (from a Clifford Odets play) is about many towns, many families. Serene on the surface. Roiling with desperation underneath.

Years of police work have taught Detective Finlay that where there's crime, there's motive. But he finds no usual motive when investigating the beating death of a man. The man was killed because he was a Jew. "Hate," Finlay says, "is like a gun."

Robert Young portrays Finlay, Robert Mitchum is a laconic army sergeant assisting in the investigation of G.I. suspects and Robert Ryan plays a vicious bigot in a landmark film noir nominated for five Academy AwardsÂ®, including Best Picture. Edward Dmytryk (Murder, My Sweet) directs, d the genre's stylistic backdrops and flourishes around a topic rarely before explored in films: anti-Semitism in the U.S. Here, Hollywood took aim at injustice and caught bigotry in a Crossfire.

Willie Sutton robbed banks during the Depression because, he explained, "That's where the money is." Former Indiana farm boy John Dillinger also knew where the money was. And his string of early-1930s heists, murders and daring jailbreaks were so bold and notorious he became Public Enemy #1.

Dillinger, OscarÂ®-nominated for its screenplay, is the bullet-paced story of the man whose crimes captivated and terrified the nation. Lawrence Tierney plays the title role, breaking free of screen anonymity and moving into a 50-year tough-guy career that would include 1947's Born to Kill and 1992's Reservoir Dogs. 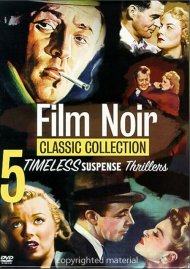 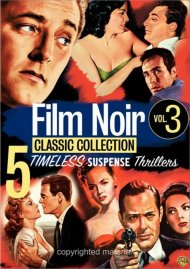 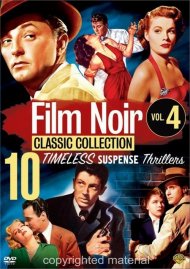 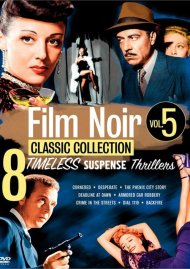