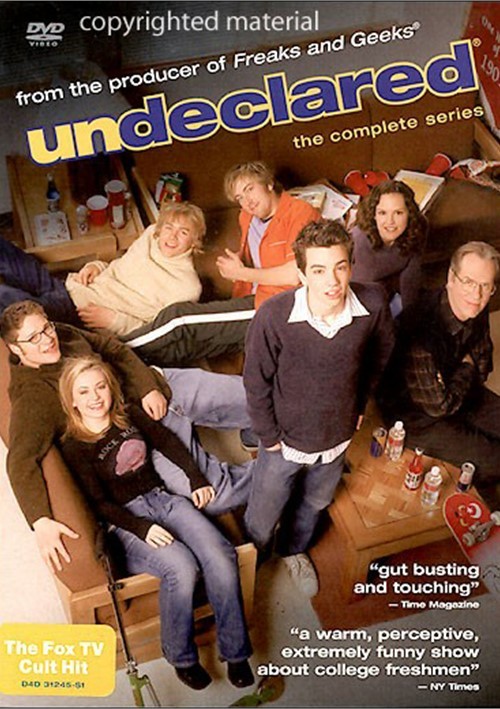 From The Producer of Freaks And Geeks

All 17 episodes are included!

Museum of Television & Radio Q&A
Recorded days before the show was canceled, the cast, producers and crew speak out candidly

Lloyd's Rampage
An unproduced script for the second season that never was.
28-page booklet with behind-the-scenes photos and an introduction to each episode by its writer

"Undelcared" SeriesView All 1 Titles in the Series >

Reviews for "Undeclared: The Complete Serie"