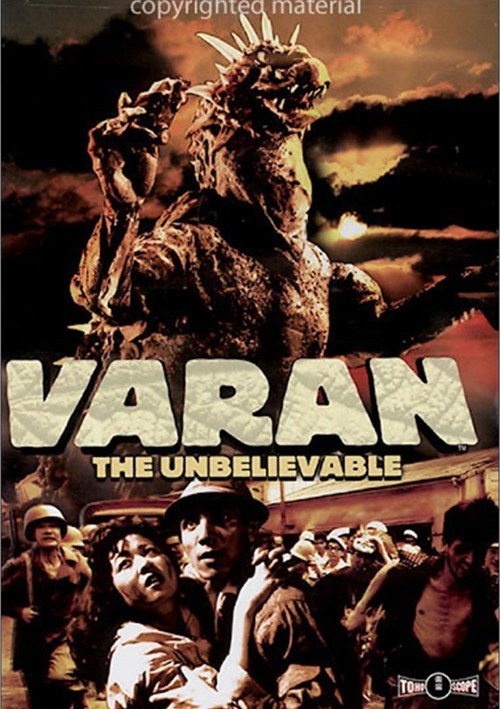 For Centuries, It Slept... Man, Ever Searching, Disturbed Its Peace... Fear The Unknown!

A monstrous classic from the creators of the Godzilla series. The First appearance of Varan (Destroy All Monsters), one of Toho's most unique creations to attack the movie screen! Directed by legendary Ishiro Honda and with special effects by FX master Eiji Tsuburaya.

During an excursion to research an unusual butterfly in the mountains of northeastern Japan, two explorers are mysteriously killed. The natives of the island blame the deaths on their God "Varan" who becomes enraged at the sight of humans. A second group of researchers, not heeding the natives' warning, rouse the gigantic angry beast and evoke the destruction of the native village. The Self-Defense f-rce launches a counterattack; battleships, tanks, and high-powered explosives, deployed to halt the spiney-backed, flying creature as it heads for the ultimate stomping ground - TOKYO.

Reviews for "Varan The Unbelievable"