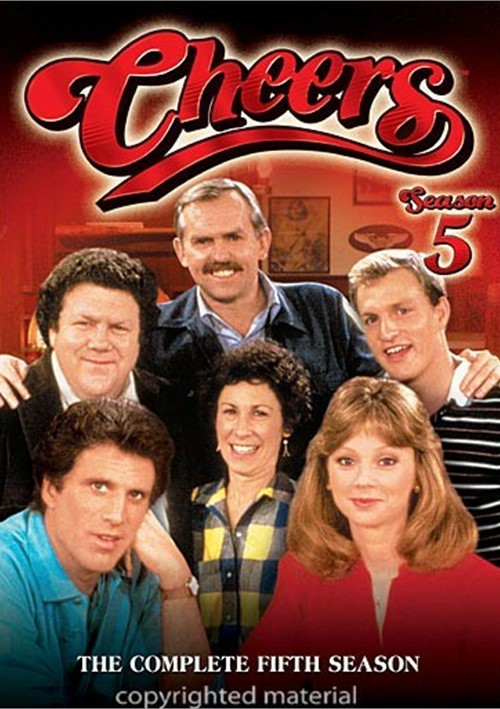 It's the cozy little Boston bar where everybody knows your name...welcome to Cheers - the Emmy Award-winning smash-hit television series that kept the laughs uncorked for 11 years. In Cheers: The Complete Fifth Season, Sam (Ted Danson) and Diane (Shelley Long) make on-again, off-again wedding plans - including a marriage proposal that ends in an assault and battery charge! Not to be outdone, Frasier (Kelsey Grammer) and Lilith (Bebe Neuwirth) move in together; Woody (Woody Harrelson) finds himself abruptly engaged; Carla (Rhea Perlman) falls for a hockey goalie; and Cliff (John Ratzenberger) gets bitten by a dog...and becomes smitten with the dog's owner. Will Norm's (George Wendt) new job pan out? Will Carla get "birdzilla" cooked in time for Thanksgiving dinner? Will wedding bells finally chime for Sam and Diane? You'll find all the answers - and unending laughs - in all 26 hilarious episodes of the season that marks the farewell appearance of Shelly Long as Cheers regular "Diane Chambers."

House of Horrors With Formal Dining and Used Brick

Knights of The Scimitar

The Book of Samuel

A House is Not a Home

I Do and Adieu