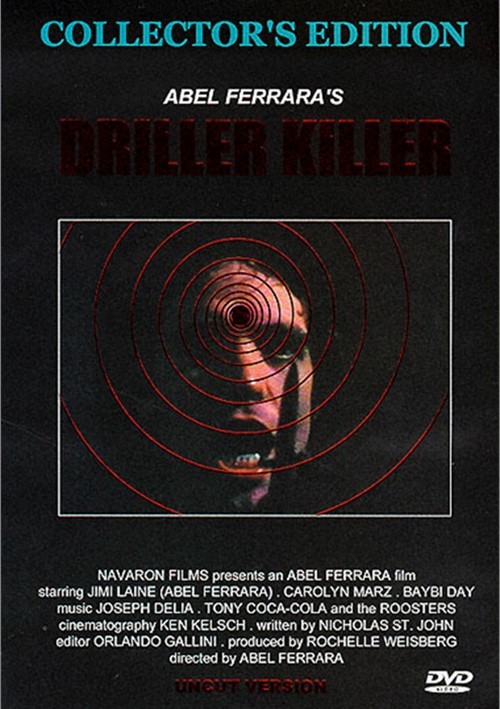 In the 1970's the shock horror genre achieved popularity with the directorial debuts of Wes Craven The Last House On The Left, Tobe Hooper The Texas Chainsaw Massacre and Abel Ferrar's Driller Killer.

Driller Killer tells the story of an aspiring artist who is driven mad by his struggles and the pressure of urban life. Armed with a hand drill and a taste for murder he takes to the streets in a bloody rampage. This film takes the viewer on a shocking realistic journey into madness and murder. It leaves you questioning your own sanity and that of those around you.

Driller Killer was the first film in the infamous and often controversial career of Abel Ferrara. It combines the vengeful horror of his second film MS.45 with the edgy and violent characters he created in Bad Lieutenant, The Funeral and King Of New York.