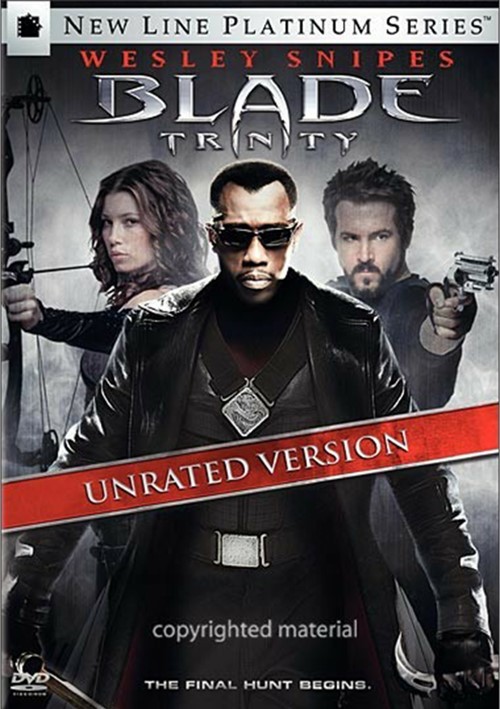 Blade (Wesley Snipes) returns as the ultimate vampire hunter in the explosive third and final film, Blade: Trinity. For years, Blade has fought against the vampires in the cover of the night. But now, after falling into the crosshairs of the FBI, he is f-rced out into the daylight, where he is driven to join f-rces with a clan of human vampire hunters he never knew existed - The Nightstalkers. Together with Abigail (Jessica Biel) and Hannibal (Ryan Reynolds), two deftly trained Nightstalkers, Blade follows a trail of blood to the ancient creature that is also hunting him, the original vampire, Dracula.