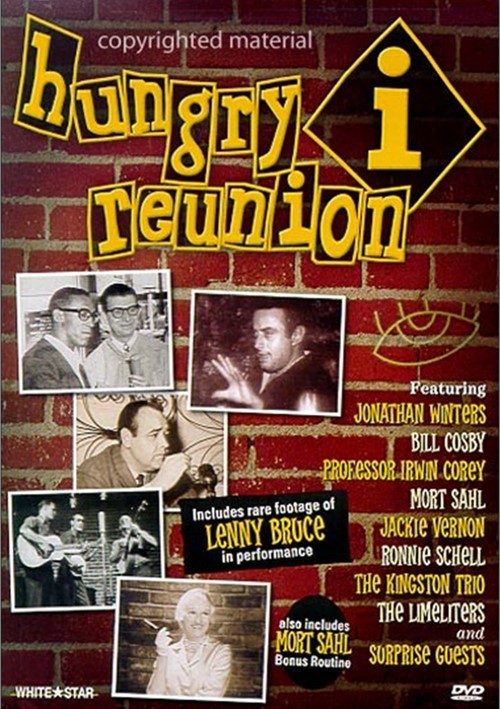 San Francisco's world famous nightclub provides the setting for this 1980 reunion of the stars who made their debut there. During the 1950s and 1960s, San Francisco's HUNGRY I nightclub was the main breeding ground for rising comedy talent.

The HUNGRY I REUNION features star-studded performances of classic comic monologues from Mort Sahl, Jonathan Winters, Ronnie Schell, Jackie Vernon and the incomparable Professor Irwin Corey; musical performances from the HUNGRY I regulars the Kingston Trio and the Limelighters as well as rare footage of the legendary Lenny Bruce, in performance.

BONUS - a 30 minute, never before seen performance by the revolutionary comedian Mort Sahl, live at the HUNGRY I.

Reviews for "Hungry I Reunion"