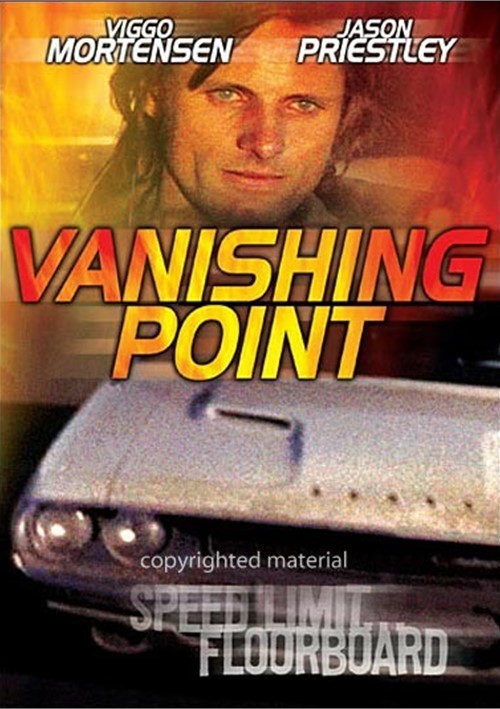 Viggo Mortensen stars as Jimmy Kowalski, a Desert Storm veteran with racing in his blood, dark secrets in his past, a pregnant wife at home, and a vintage 1970 Dodge Hemi Challenger to deliver. But when his wife is suddenly hospitalized, a desperate Kowalski speeds cross-country with police from four state, a vengeful trooper (Steve Railsback of Helter Skelter and Ed Gein), and the FBI in hot pursuit. Now with the help of an outspoken radio DK (Jason Priestly) the man a nation hails as 'the last American hero' and the Fed label a 'possible terrorist' rockets towards a final roadblock where the speed limit is the floorboard, and life, death and freedom all come together at the Vanishing Point.