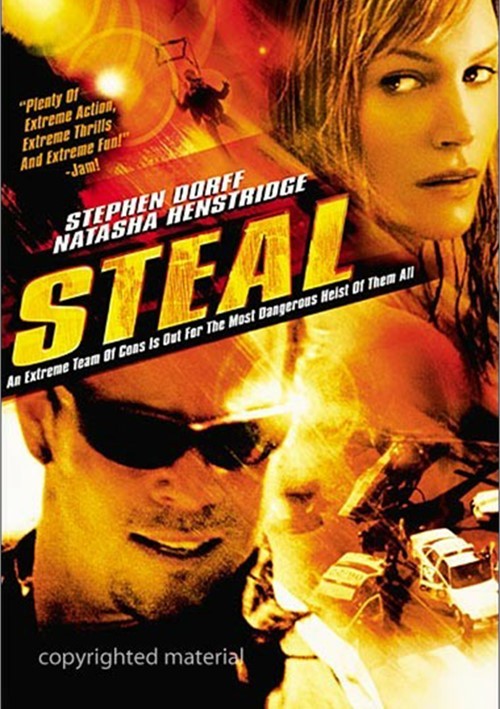 An extreme team of cons is out for the most dangerous heist of them all.

Sexy Natasha Henstridge (The Whole Ten Yards, Species I, II, III) and Stephen Dorff (Cold Creek Manor, FearDotCom) send sparks flying in this action-packed thriller! Slim (Dorff) is a charismatic thief leading a notorious team of adrenaline junkies who utilize their extreme sports skills to escape capture. Under pressure from the mob and a crooked cop who wants a piece of the action, they set out on one final set of high-risk heists that will net them a cool $20 million. But what Slim doesn't know is that his beautiful new girlfriend (Henstridge) is a detective whose job is to bring down his gang!

STEAL: Behind the Action