Month Of Sundays, A 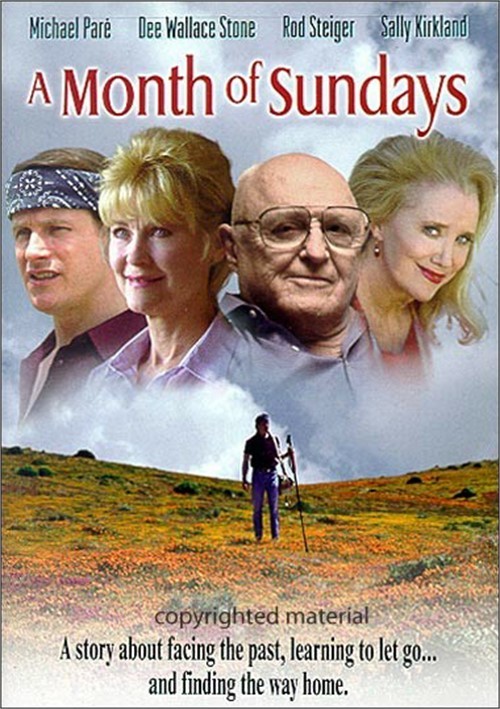 Month Of Sundays, A

In his triumphant final film, Academy Award-winner Rod Steiger stars as Charley McCab, a small town baseball announcer who rebels against being placed in a retirement home following a mild stroke. To fulfill the promise he made to his late wife, he embarks on a cross-country odyssey to find his estranged son. his beloved granddaughter Biddy insists on accompanying him on the journey of a lifetime, as family secrets are revealed, and old wounds healed.

Review "Month Of Sundays, A"

Reviews for "Month Of Sundays, A"