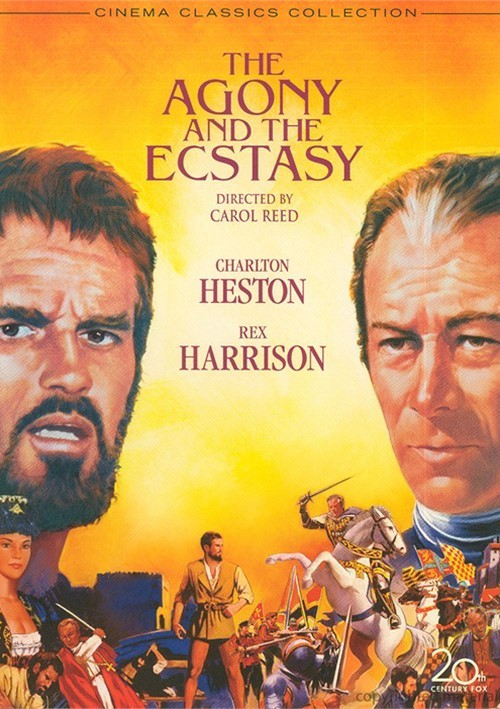 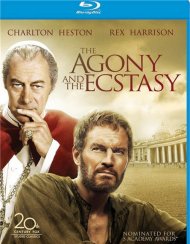 The gripping story of Michelangelo's pain and triumph.

Charlton Heston and Rex Harrison portray two of the Renaissance's most colorful figures in this historical drama based on Irving Stone's best-seller. When Pope Julius ll (Harrison) commissions Michelangelo (Heston) to paint the ceiling of the Sistine Chapel, the artist initially refuses. Virtually f-rced to do the job by Julius, he later destroys his own work and flees to Rome. Nominated for an OscarÂ® Cinematography and named one of the year's best films by the National Board of Review, The Agony And The Ecstasy is a fascinating dramatization of the battle of wills behind one of the world's artistic masterpieces.

Review "Agony And The Ecstasy, The"

Reviews for "Agony And The Ecstasy, The"