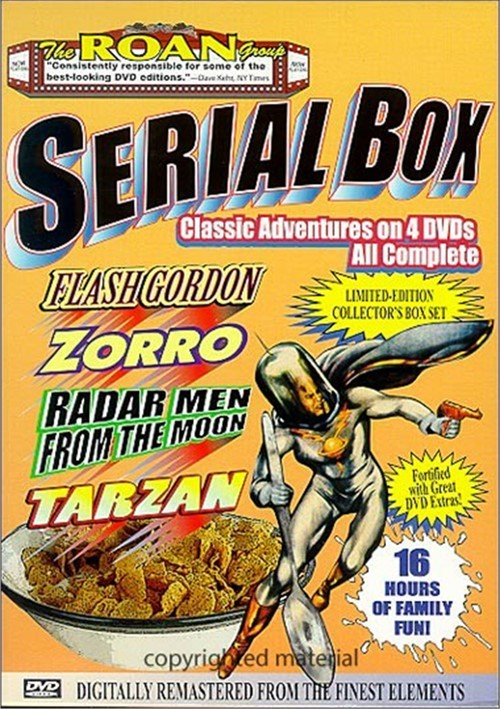 Radar Men From The Moon

A deadly "atomic ray" is originating from the moon! Commando Cody, scientist and man of action with a secret flying suit, is sent to investigate!

Olympic gold-medalist Larry "Buster" Crabbe (the only actor to play Tarzan, Buck Rogers and Flash Gordon) stars as Alex Raymond's science fiction comic book hero in his quest to once again save the Earth from mysterious "purple dust"!

The New Adventures Of Tarzan

Tarzan goes to Guatemala to rescue best friend, D'Arnot. On his search, he explores Mayan ruins for hidden jewels and finds an idol containing a powerful explosive!

A strange and mysterious figure in gold armor and mask is stealing gold shipments. Zorro (Reed Hadley) must find out who is behind this false "golden god" and expose him!