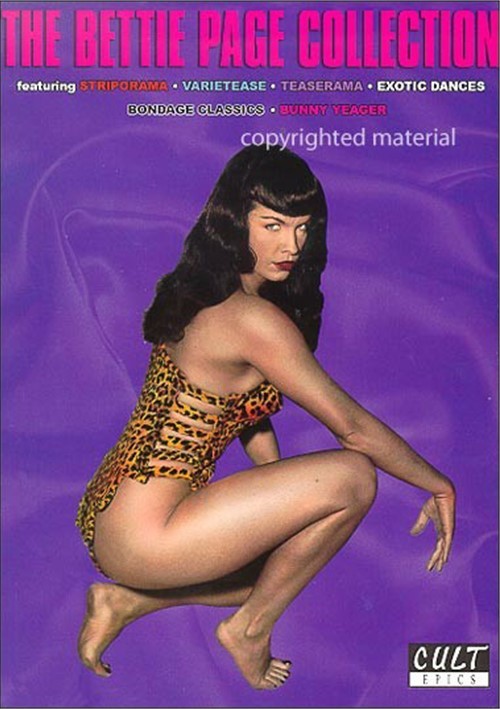 Bettie Page was the most photographed pin-up of the 1950s and has become the most popular cult model of the last decades. Bettie was known for her distinctive haircut and her girlish but at the same time dominant looks. She became a monument of femininity, loved by men and women alike. From 1951 until 1956 she appeared in three feature length burlesque films (STRIPORAMA, VARIETEASE, TEASERAMA) and several EXOTIC DANCE, FETISH, BONDAGE and CATFIGHT FILMS.

History Of Fetishism and S&M

Reviews for "Bettie Page Collection, The"