Attack On The Iron Coast 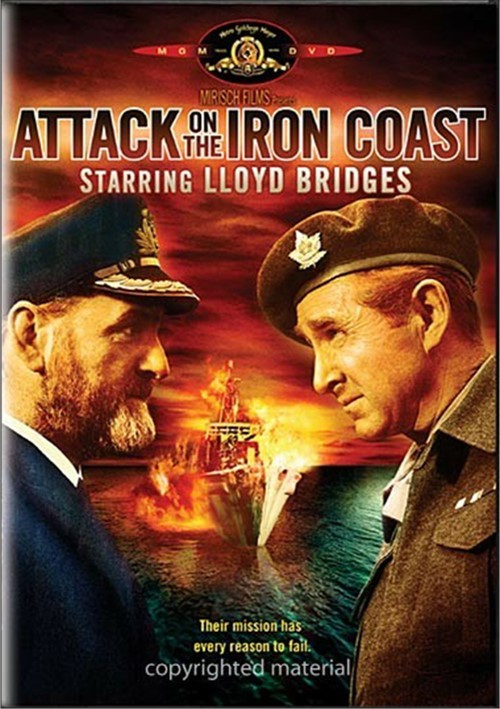 Their mission has every reason to fail.

During the WWII occupation of France, the heart and strength of the German navy sit in a heavily guarded port known as the Iron Coast - and it'll take a crackjack team of Allied commandos to destroy it. Lloyd Bridges gives "one of his best screen performances" (Boxoffice) as a commando leader hell-bent on seeing a deadly mission go through to its "blazing finale" (Films & Filming).

Major Wilson (Bridges) is a loose cannon, and his latest mission is a perfect fit. He must take an old minesweeper filled with explosives and ram it into the Nazi's prized naval port. The problem is, he and his crew will have only five minutes to escape this floating torpedo before it blows. Even if they succeed in taking down the stronghold, will they live to see the tide of war turn?

Review "Attack On The Iron Coast"

Reviews for "Attack On The Iron Coast"