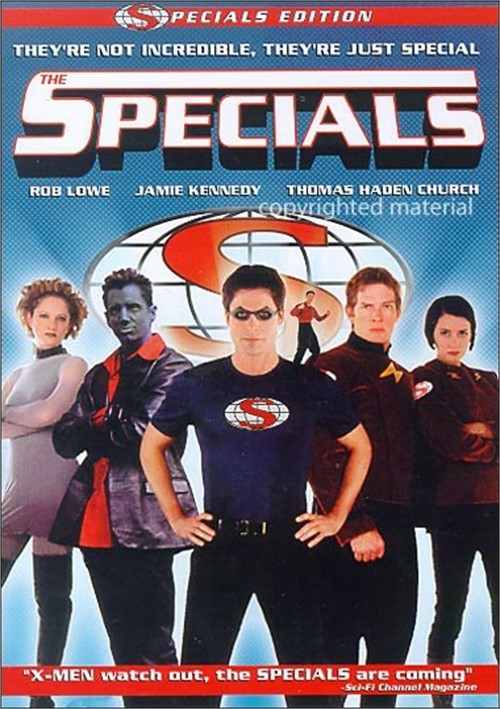 They're Not Incredible, They're Just Special.

They are the sixth (okay, maybe the seventh) greatest superhero team in the entire world. At their modest suburban headquarters, The Strobe (Sideway's Thomas Haden Church), the Weevil (Rob Lowe), foul-mouthed Amok (Son of the Mask's Jamie Kennedy), Ms. Indestructible (Huff's Paget Brewster), Deadly Girl (13 Going On 30's Judy Greer), new member Nightbird (Cabin Fever's Jordan Ladd) and the rest all spend their time bickering, having extramarital affairs, and preparing for the grand unveiling of their own action figure line. But when a furious Strobe suddenly disbands the group, who will be there for the oddballs, rebels, outcasts and geeks? Before they save the world, can they save themselves? Meet The Specials!

Reviews for "Specials, The: Specials Editio"