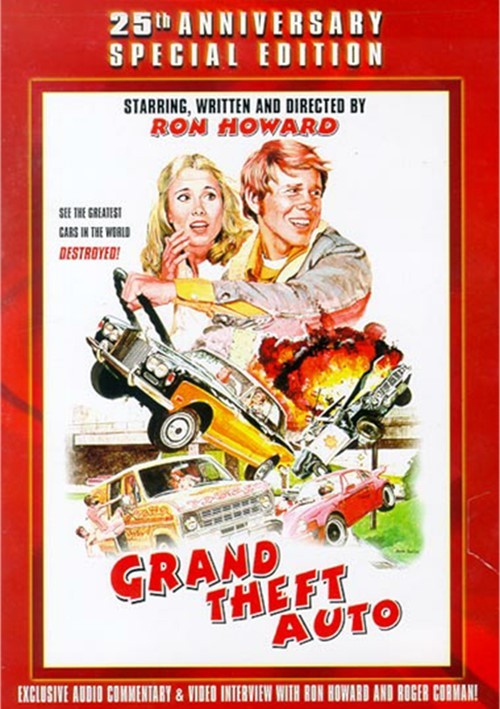 See the greatest cars in the world... Destroyed!

"Grand Theft Auto was Ron Howard's directorial debut. I first met Ron Howard when he starred in Eat My Dust for me. I couldn't afford Ron's salary, so I gave him a salary and a percentage of the profits. After Eat My Dust opened to really huge figures, Ron said he'd do a sequel for exactly the same money, plus he'd do another job for free... he'd direct the movie for nothing! Ron and his father Rance came up with a winning idea for Grand Theft Auto, a chase movie where Ron could be the legitimate lead, but not be in every scene so he could concentrate on his directing. Ron has gone on to direct a series of critically and financially successful films, including the Oscar-winning A Beautiful Mind. I'm proud to have been a vehicle to launch Ron Howard on his esteemed directorial career." -Roger Corman

Cross Romeo And Juliet with the Demolition Derby and you have Grand Theft Auto, Ron Howard's directorial debut. Can a young runaway couple get hitched in Vegas before two sets of parents, a jealous boyfriend, a private dick, and a mob of bounty hunters catch them?