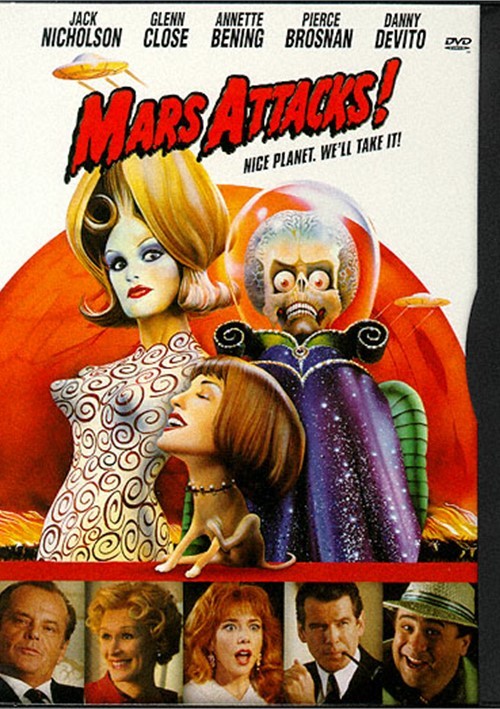 SEE! Stars that shine across the galaxy. Jack Nicholson, Glenn Close, Annette Bening, Pierce Brosnan, Danny DeVito and a dozen more! SHRIEK! At mean, green invaders from the angry red planet! Armed with insta-fry ray guns, endowed with slimy, humungous brains-and enlivened with out-of-this-world bur state-of-the-art special effects. GASP! As the US legislature is overwhelmed. (Don't fear, we still have 2 out of 3 branches of the government working for us, and that ain't bad!) THRILL! As Earth fights back with an unexpected weapon. Take that, Martians!