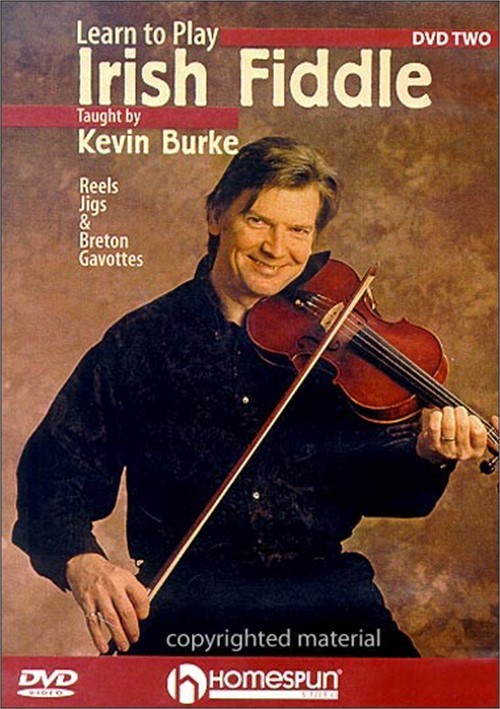 Kevin Burke's sparkling, lyrical fiddle has earned him a reputation as one of the most influential players in music today and a leading exponent of the highly ornamented Slingo style. From the time of his work with the legendary Bothy Band, he has defined Irish fiddling for a generation. His work with artists as disparate as Kate Bush, Arlo Guthrie, Christy Moore, Michael O'Domhnaill and the influential bands Patrick Street and Open House have given him an audience that not only spans continents but defies attempts at categorization. Kevin is currently a highly sought-after session and touring musician, and is a member of Tim O'Brien's Crossing ensemble.

The legendary Irish fiddler Kevin Burke takes your playing to the next level as he explores the distinctive styles of Donegal, Clare, Kerry, Slingo, and Brittany. The reels, jigs, and gavottes you'll learn are faster and more complex than the ones on DVD one, with wonderful variations and stylistic devices typical of the sounds made by the great Celtic players.

Kevin teaches a number of repertoire-building instrumentals, breaking down each one in note-for-note detail. He starts with the basic tune, played slowly and clearly so that even novices will be able to master the melody. He then analyzes the rolls, triplets, grace notes, bowing techniques, rhythmic timing, phrasing and other elements that make each of these dance tunes truly come alive. Before long, you'll be playing renditions of The Cottage Grove, Bonnie Kate, Jenny's Chickens, The Man From Bundoran, The Rose in The Heather, Dan Collins' Father's Jig, The Miller Of Droghan, Connie O'Connell's, A Cup of Tea, Off To The Races and three Breton gavottes.

Although the emphasis of this lesson is naturally on Irish music, you'll learn the important fiddle techniques that will serve you well in any style you want to play.