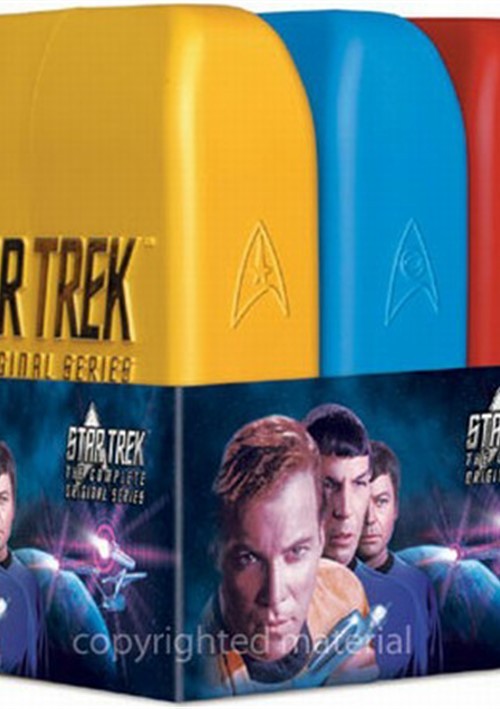 For the first time on DVD in a complete set, join the original crew of the U.S.S. Enterprise on their intrepid five year mission, as they boldly go where no man has gone before. Featuring classic episodes such as "Balance of Terror", "Arena", "The Devil in the Dark" and the acclaimed "The City on the Edge of Forever." Now you can experience the first season of the series that started the worldwide phenomenon as you've never seen it before...beautifully remastered in pristine condition with stunning 5.1 audio. The history of the future never looked better...

For the first time on DVD in a complete set, the second year's voyages of Captain James T. Kirk and the crew of the original starship Enterprise! Join them as they embark on the classic adventures that have gripped science fiction fans around the world for decades. this season's favorites include "Amok Time," in which Spock experiences violent emotions, "Patterns of F-rce," in which Kirk encounters alien Nazis, and of course, "The Trouble with Tribbles."

For the first time on DVD in a complete set, complete your collection of the adventures of Captain Kirk and the original starship Enterprise. This third and final season of classic Star Trek includes the memorable episode in which Spock's brain is stolen, the deadly alien reconstruction of the Gunfight at the O.K. Corral, and the classic "The Tholian Web." Also included is the pilot Star Trek episode "The Cage."