Pat Donohue: In Concert At The Freight & Salvage 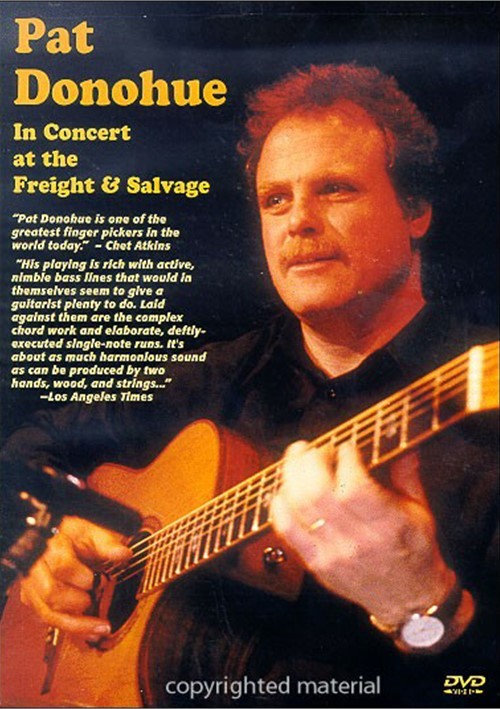 Pat Donohue: In Concert At The Freight & Salvage

Pat Donohue has earned national acclaim for his mastery of several guitar styles including folk, jazz, blues, swing and slide guitar. he won the 1983 National Fingerpicking Guitar Championship and is a recipient of a Minnesota Music Award for his composition Birdland.

He has recorded several albums that showcase his guitar playing skills as well as his songwriting talents. He has three video lessons available that cover classic jazz to rags to rock instrumentals. he is a frequent guest on Garrison Keller's "A Prairie Home Companion" radio show.

Pat Donohue combines the rare talent of being a superb guitar player with that of writing excellent songs. He is also a showman that weaves humor and wit into his performances. A concert6 with Pat can move you with his songs such as Midnight Man and then astound you with his finger dexterity as he blazes through Scott Joplin's Maple Leaf Rag. His tongue-in-cheek humor shows up in his hilarious songs Bio and Stealing From Chet while his sentimentality is apparent on Out On the Road To Kingdom Come. A Concert with Pat Donohue is all-encompassing and is a richly musical experience that will leave you asking for more.

Review "Pat Donohue: In Concert At The"

Reviews for "Pat Donohue: In Concert At The"