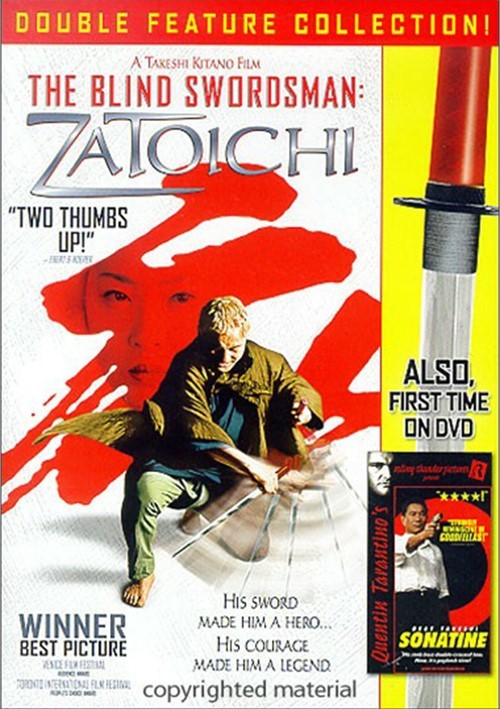 In an empire ruled by fear, the people's only hope is the ultimate weapon: Zatoichi (Kitano) - a blind, nomadic samurai whose sword has made him a hero and whose courage has made him a legend! Determined to help the desperate residents of a village, Zatoichi seeks justice through revenge!

A seasoned mobster travels to Okinawa on a "peacekeeping" mission, even though he suspects that his boss is secretly trying to eliminate him! Determined not to go down with out a fight, he and his gang know exactly what they have to do!