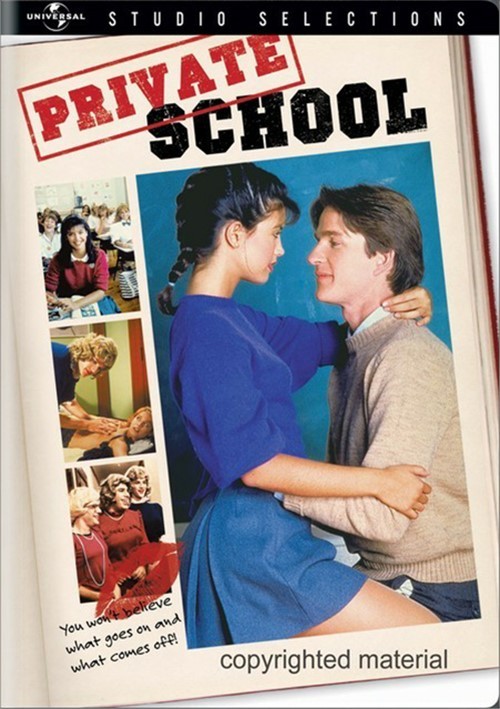 You Won't Believe What Goes On and What Comes Off!

Private School is where kids leave parents behind, and learn what growing up is really about. It's a romantic comedy from the same people who brought you the hilarious Private Lessons. Starring Phoebe Cates, with a special appearance by sensuous Sylvia Kristel as the sex education teacher whose classes are the best attended on campus.

Chris Ramsay (Cates) and Jim Green (Matthew Modine) are experiencing the joys and pains of first love. She goes to the Cherryvale Academy-he attends nearby Freemount. When Chris gets a rival for Jim's affections, it sparks off a battle royale of zany pranks that turn both schools upside down with laughter.

Private School features a soundtrack of hits from artists like the Stray Cats, Vanity Six, Bow-Wow-Wow and Rick Springfield.