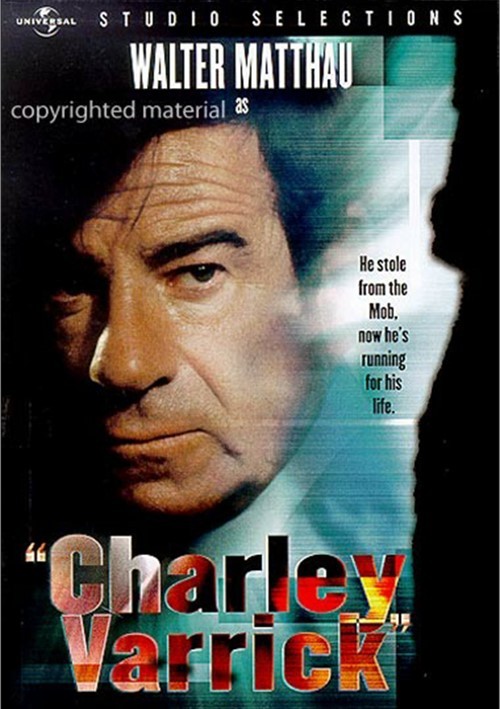 He stole from the Mob, now he's running for his life

Charley Varrick is a small-time crook who outfoxes the Mob in this fast-paced offbeat thriller directed by Don Siegel. Academy Award winner Walter Matthau stars in a rare dramatic role, along with the powerful Joe Don Baker, as a tough Mafia hitman.

Charley robs small banks with small payrolls. That keeps him out of trouble until he stumbles onto the Mob's secret stash. The chase is on as the Big Boys go after the "Last of the Independents." It's a heart-pounding ride that builds to a fiery airborne climax as Charley makes his last desperate run for the Mexican border and safety.