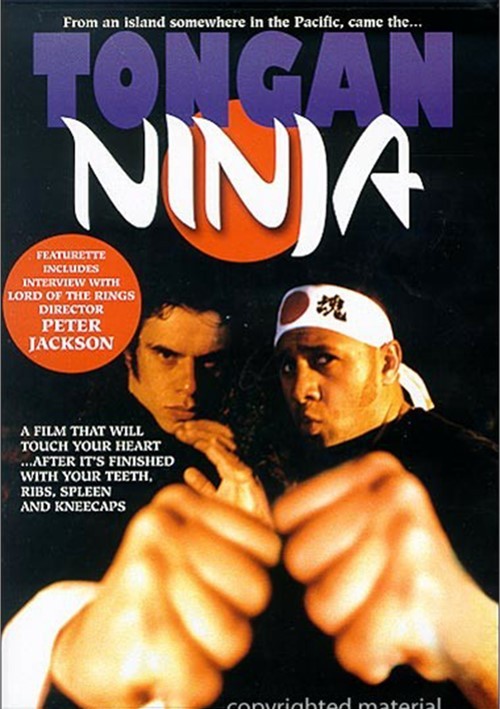 A film that will touch your heart...after it's finished with your teeth, ribs, spleen and kneecaps

As a boy, he survived a plane crash on a remote Pacific island where he was trained in the ancient art of Ninjitsu after fish tragically ate his father. But when The Syndicate threatens the kindly owners of a New Zealand restaurant, the deadliest ninja alive must battle Knife Man (an expert with knives), Gun Man (an expert with guns), Henchman (an expert with henches), and his childhood archenemy Action Fighter (known as Marvin) to save the woman he loves. From the savage jungles of Tonga to the mountaintop Patio of Death, this is the underground comedy sensation co-written, produced, photographed, edited and directed by Jason Stutter that's taking the world by storm. If you see one cleverly dubbed martial arts musical comedy action movie this year, make it Tongan Ninja!