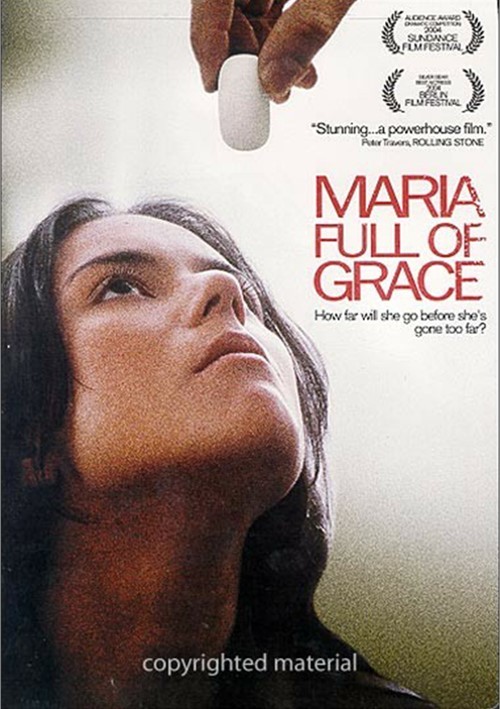 How far will she go before she's gone too far?

Winner of the Dramatic Audience Award at the 2004 Sundance Film Festival and two major awards at the 2004 Berlin Film Festival, Joshua Marston's MARIA FULL OF GRACE introduces us to a determined young woman whose desire for a brighter future leads her into a world of unimaginable danger.

Maria Alverez (Catalina Sandino), a bright, spirited 17 year old, lives with three generations of her family in a cramped house in rural Colombia. Desperate to leave her job stripping thorns from flowers in a rose plantation, Maria accepts a lucrative offer to transport packets of heroine-which she must swallow-to the United States. The ruthless world of international drug trafficking proves to be more than Maria bargained for. She becomes ultimately entangled with both drug cartels and immigration officials. The dramatic thriller builds toward a conclusion so powerful and revealing it could only be based on a thousand true stories.

Reviews for "Maria Full Of Grace"