My Name Is Modesty 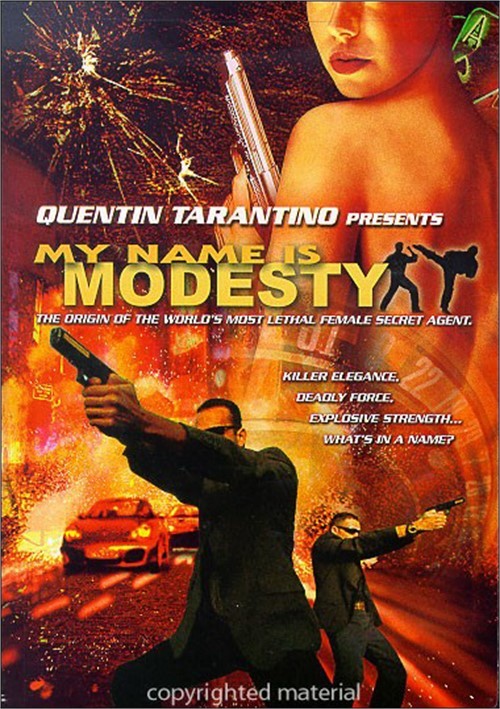 Killer Elegance, Deadly F-rce, Explosive Strength... What In A Name?

Presented by Quentin Tarantino, My Name Is Modesty is the thrilling adventure about a sexy spy who's skilled in the art of deception...and the ways of revenge! Orphaned as a child and raised by a casino owner with ties to the mob, Modesty Blaise learned early on how to fight, steal and spy. Once grown, she becomes the casino owner's bodyguard, but is ultimately unable to protect him from a murderous old enemy. now, with vengeance on her mind, it's time for payback! Based on the popular Modesty Blaise series of graphic novels, it's a stylish big-screen adaptation full of action and suspense!

Creating The Ultimate Heroine: The Making Of My Name Is Modesty

A Conversation With peter O'Donnell

A Retrospective Of Modesty Blaise Comics And Artwork

Review "My Name Is Modesty"

Reviews for "My Name Is Modesty"