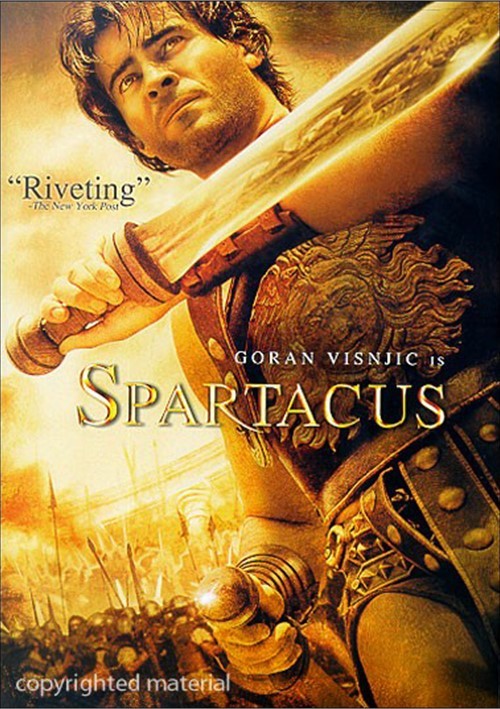 A Powerful Empire. An Epic Revolt.

In 72 B.C. the Roman Empire swept through Europe, conquering countries and selling their citizens into slavery. One slave dared to take a stand: Spartacus. After witnessing his father's brutal murder and being sold into slavery, Spartacus (Goran Visnjic) vows to one day live as a free man. Leading 80 fellow slaves in a coordinated revolt, Spartacus and his men flee into the mountains. Alarmed by the growing slave insurrection, Roman politicians and generals vow to stop Spartacus at all costs. In the final battle of slaves versus Romans, Spartacus' epic fight for freedom becomes stuff of legend.

Reviews for "Spartacus: The Mini-series"