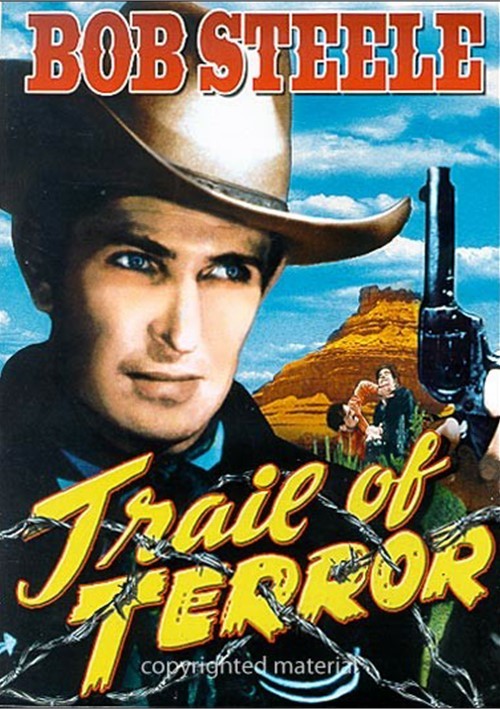 Killer and stag coach robber Spike Manning (Bob Steele) makes a daring escape from prison and falls in league with fellow criminals. Taking his pal Muggs' advice, Manning heads out to King City and meets up with Blake and Hashknife, who are sitting on a fortune from a previous bank heist. Once Muggs is released, the gang plans to dig up the cash and skip the country. Biding his time, Manning takes a job as the foreman on Sheriff Baxter's ranch and uses the sheriff's trusting nature to help Blake in his criminal endeavors. At the same time, Spike begins to work secretly against the outlaws, making it unclear whose side he's really on, or who he really is.

Reviews for "Trail Of Terror (Alpha)"