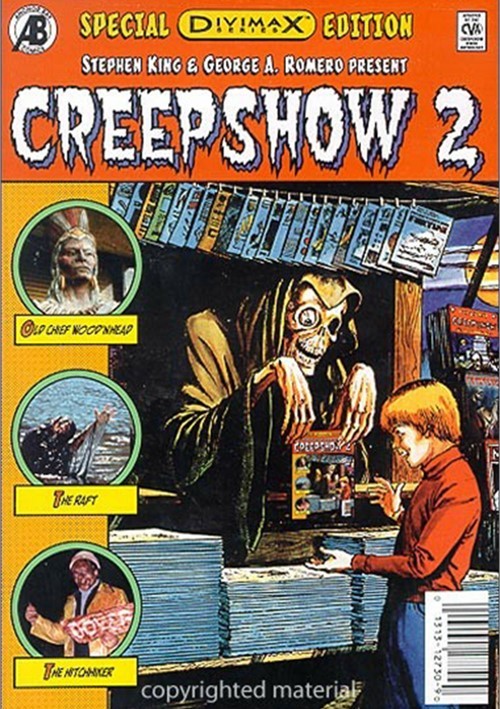 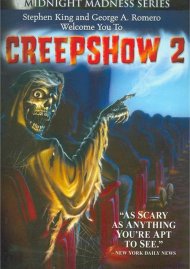 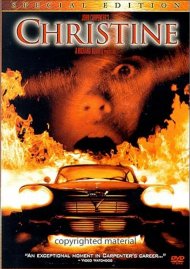 Stephen King & George A. Romero Invite You To Experience The Horror Like Never Before!

The Creep is your guide to three new tales of terror from the creepiest comic book of them all! In "Old Chief Wood'nhead," kindly storekeepers (screen legends George Kennedy) and Dorothy Lamour) are slaughtered by hoodlums and unleash a most unexpected avenger. Four teens out for fun find themselves on a lake monster's menu if "The Raft." And in "The Hitchhiker," a cheating wife (Louis Chiles) is in for the ride of her life when she runs down a hitcher who won't stay dead. Gore FX legend Tom Savini and Stephen King himself co-star in this scream of a sequel co-written by King and George Romero (Dawn of The Dead) that's bigger, better and wilder than ever!

This Special Edition of Creepshow 2 is now presented in an eye-popping high definition DiviMax widescreen transfer and featuring all-new extras that include an audio commentary with director Michael Gornick, a featurette on the grisly special effects, never-before-seen production footage and much more!