Take Me Naked / A Thousand Pleasures 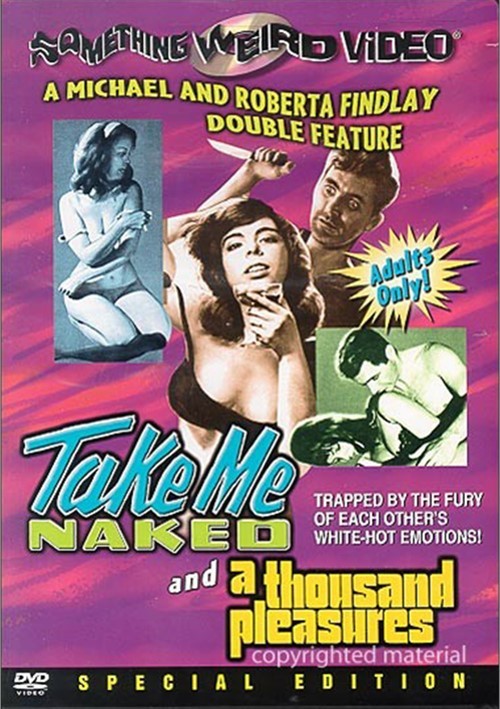 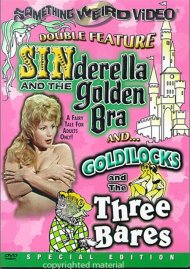 Sinderella And The Golden Bra / Goldilocks And The Three Bares 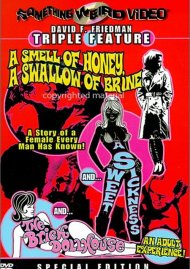 It's Another Findlay Frenzy! Yes, Michael and Roberta Findlay - the outrageous auteurs of the infamous "Flesh" trilogy (The Touch of Her Flesh, The Curse of Her Flesh, The Kiss of Her Flesh) - continue their bizarre Battle of the Sexes with this utterly deranged, diseased, and degenerate double feature!

Peeping out the window of his skid-row room, a Bowery bum becomes obsessed with Elaine, "a living tomb of flesh" who lives in the building next door (played by Roberta Findlay in a rare starring role). But when his sexual fantasies are invaded by "a twisted mental hunchback" (director Michael Findlay of course), the bum snaps, goes into a homicidal rage and, completely bonkers, brings Elaine a carving knife he thinks is a bouquet of flowers.... This maniacally morbid masterpiece is a foaming at-the-mouth mix of art-film lyricism and horror-movie excess as only the Findlays made 'em!

Plus, wife-murderer Richard Davis (director Michael Findlay again) picks up deranged hitchhikers Maggie and Jackie, takes them to their house of A Thousand Pleasures, and meets their brain-damaged adopted daughter "Little Baby," a full-grown woman in a diaper. Maggie and Jackie, however, want a real child but, because they're "true lesbians" who "hate the filthy touch of men," decide to turn Davis into their very own sperm bank.

Please consult your doctor after viewing. These films are so sick, they might be contagious.

Original Theatrical Trailer for TAKE ME NAKED!
Additional Freaky-Findlay Trailers for: The Curse Of Her Flesh, Satan's Bed, The Sin Syndicate, The touch of Her Flesh and The Ultimate Degenerate!

A Sex-Crazed Schoolgirl is turned-on by murder in a psychotic sequence from Janie, photographed and narrated by Roberta Findlay!

Reviews for "Take Me Naked / A Thousand Ple"