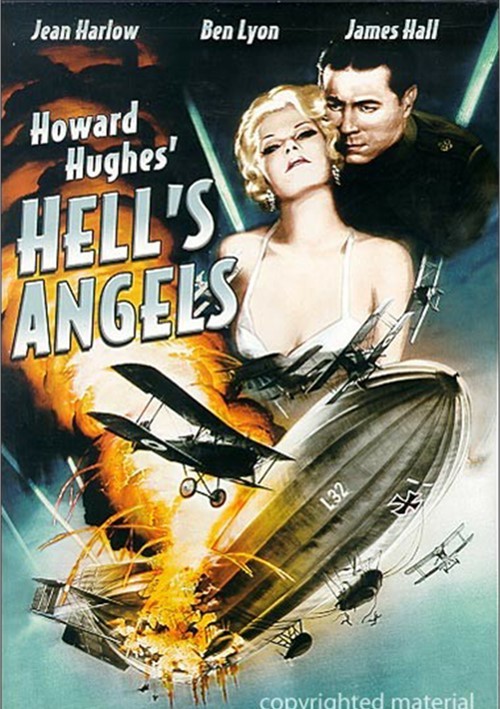 Billionaire HOWARD HUGHES produced and directed Hell's Angels, the most expensive film ever made of its time. Hughes spared no expense in capturing an exciting dogfight between R.A.F. and German fighter planes, using 137 pilots in all. Hell's Angels is perhaps more notable for inducing JEAN HARLOW to the screen in her first major film role.

Set during World War I, Hell's Angels is the story of three Oxford buddies: two brothers (BEN LYON and JAMES HALL) and one German (JOHN DARROW). When all three are conscripted to fight on opposing sides of the war, each is town between obedience to his country and that of his conscience. Jean Harlow is the woman who comes between the three men in this lavish period adventure.