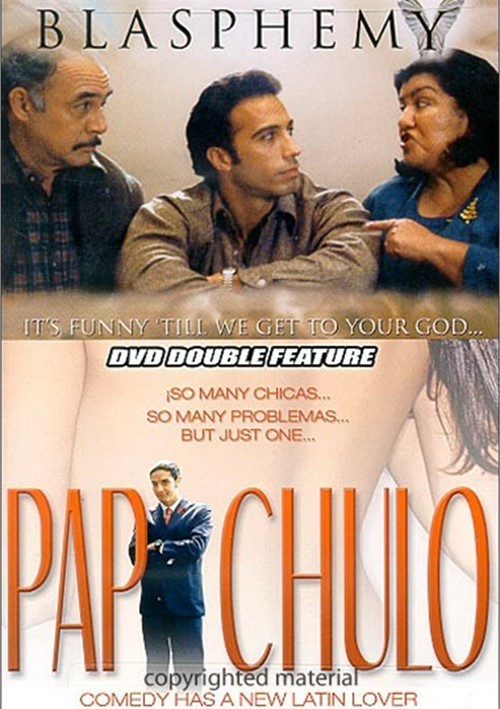 It's Funny Till We Get To Your God...

Tells the comedic story of what happens when Martin Garcia (Carlos Leon) reveals to his devoutly religious parents that he doesn't believe in God. After a heated argument, Martin tells his parents, (Tony Perez and Irene Olga Lopez) that not only is he an atheist, but he's proud of it. In addition, he plans to tell the entire family at the upcoming Christmas party. His infuriated father disowns him on the spot.

His mother turns to her fanatically religious sister, Patricia (Karmin Murcello) for help. Unfortunately for Martin, Patricia concludes that he's been possessed by the "prince of darkness himself!" She vows to save Martin, even if she has to kill him! Over the next few days, his distraught parents try everything to restore their son's faith, including a disastrous meeting Patricia goes about turning the rest of the family against Martin.

The story begins in a church where John Antonio Ramirez is about to marry Victoria Orralanes. As the ceremony progresses John begins to have his doubts and at the last minute decides not to marry her. Naturally, the crowd is stunned and the bride-to-be is outraged, angry and vows revenge as she storms out of the church.

John cannot believe his decision but feels Victoria is not the girl of his dreams. In need of finding his one true love, John begins his quest but ends up in fling after fling all with women who have issues and problems which inevitably leads to the relationships ending. Just when he's ready to finally throw in the towel, John meets Bianca and they become inseparable. Within days of the meeting, John asks Bianca to marry him which leads to surprising consequences and hilarious complications.