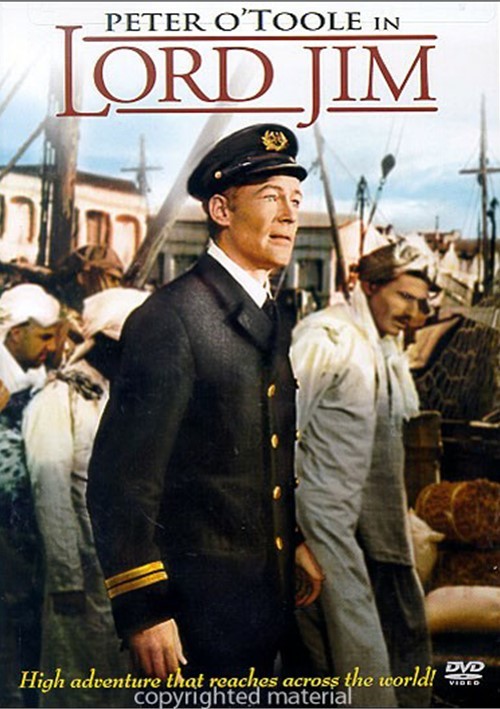 High adventure that reaches across the world!

Richard Brooks, one of America's most influential and successful directors, teamed up with Peter O'Toole, James Mason, and Jack Hawkins for this ambitious adaptation of Joseph Conrad's high-seas adventure, Lord Jim.

The story of an idealistic Merchant Marine officer who disgraces himself when he abandons his ship, Conrad's classic tale of cowardice and redemption was a stark departure for Brooks. Better known for the contemporary realism of such seminal hits as The Blackboard Jungle, Elmer Gantry and In Cold Blood, Brooks was eager to tackle Lord Jim's epic themes. The casting of Peter O'Toole, a top box-office star, paved the way for the high-budget production to begin.

Aided by an outstanding supporting cast, which includes Curt Jurgens and Eli Wallach, Brooks and his stars faithfully captured all the action, drama and depth of Conrad's unforgettable adventure.