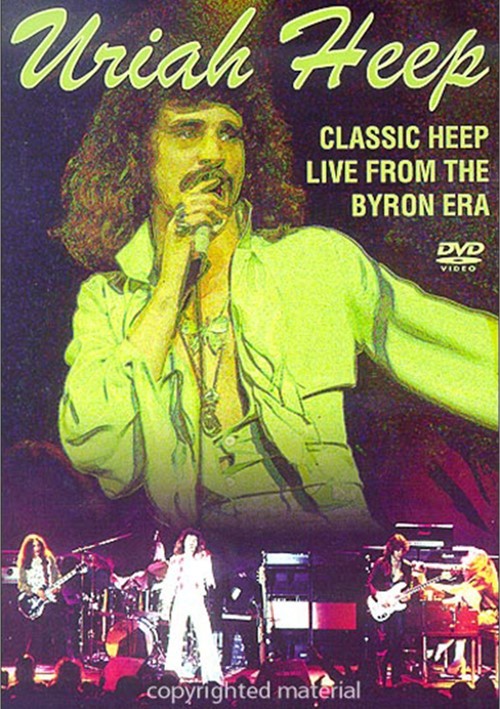 This Is It!...The Holy Grail For Every Uriah Heep Fan

At last here it is, the previously unreleased footage of Uriah Heep from 1973-1976. Seventeen tracks never before available on DVD and all featuring the late, great David Byron at his very best.

Digitally restored and re-mastered for 5.1 Surround Sound this is the long awaited audiovisual celebration of one of the greatest front men in the history of rock.

Byron was the original voice of Uriah Heep and for many fans was irreplaceable. Also featured in this lavish edition is the only live footage of Gary Thain on bass, another much lamented casualty of the rock and roll lifestyle dearly missed by his legions of followers.

This is Heep in all their peacock pomp and glory captured at the very pinnacle of the band's career. Footage from the Byron days is incredibly rare so we are proud to be able at last to bring you this wonderful film of the world's greatest rock band.