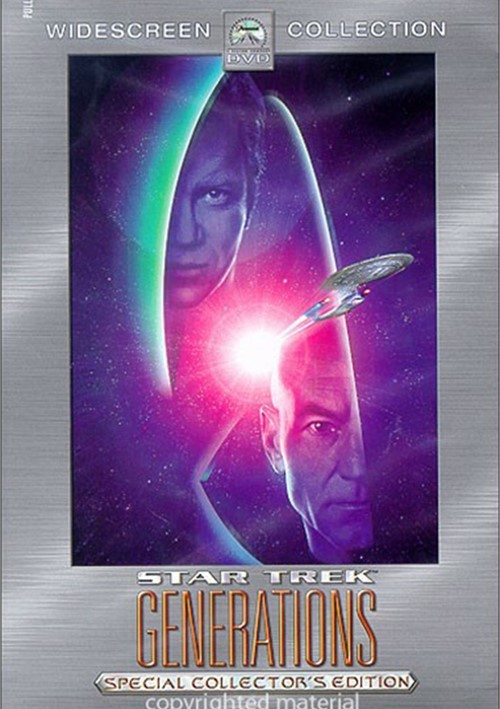 Captains Kirk and Picard save a planet from destruction.

Stardate: the 23rd Century: Retired Starfleet officers James T. Kirk (William Shatner), Montgomery Scott (James Doohan) and Pavel Chekov (Walter Koenig) are guests of honor aboard the newly christened Enterprise-B. A test run takes an unexpected turn, however, when the starship encounters two vessels trapped inside the Nexus, a mysterious energy ribbon. During a perilous rescue attempt, Kirk is swept out into space. Seven decades later, Captain Jean-Luc Picard (Patrick Stewart) and the crew of Enterprise-D rescue an El Aurain physicist named Soran (Malcolm McDowell). Unbeknownst to Picard, Soran harbors a deadly plan that includes the destruction of the Enterprise and millions of lives. Now Picard's only hope for a future rests within the Nexus....and a legendary captain from the past.