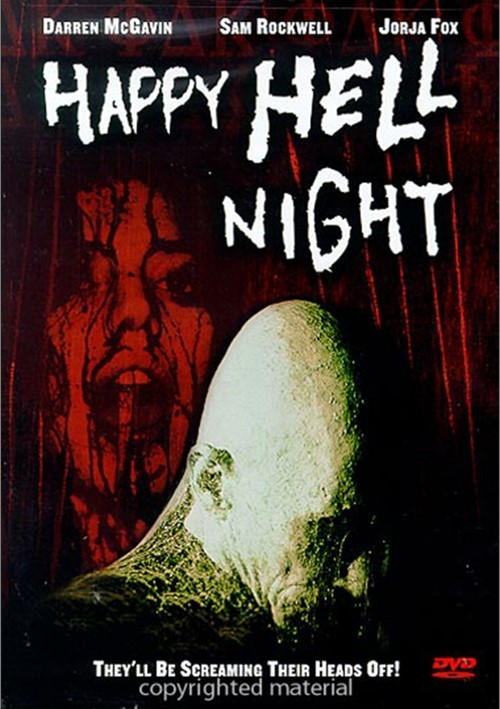 They'll Be Screaming Their Heads Off!

On October 31, 1963, seven members of the Phi Delta Kappa Fraternity were found brutally mutilated following an occult ritual inside Winfield Mausoleum. The sole suspect, depraved priest Zachary Malius, was immediately locked away in the bowels of the state Asylum. Twenty-five years later, a fraternity-hazing prank goes terribly wrong and the psychotic ghoul escapes. Now a relentless evil has been unleashed, and the coeds of Winfield College will once again face the bloody horror - and learn the shocking truth - of HAPPY HELL NIGHT.