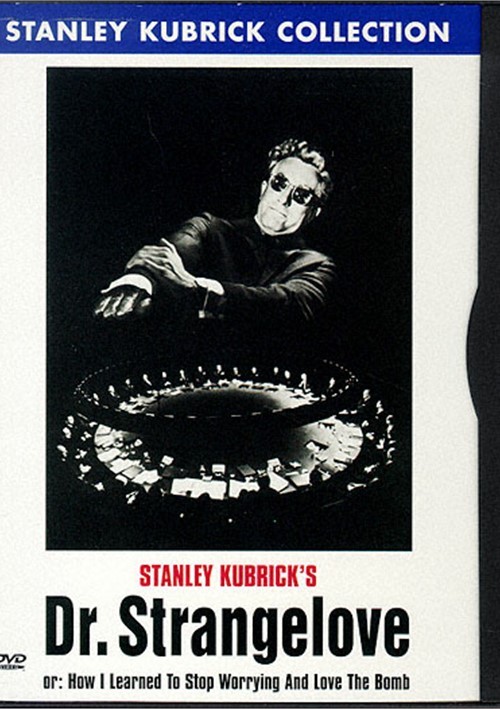 or: How I Learned To Stop Worring And Love The Bomb

Stanley Kubrick's classic black comedy about a group of war-eager military men who plan a nuclear apocalypse is both funny and frightening - and seems as relevant today as ever. Through a series of military and political accidents, two psychotic generals - U.S. Air F-rce Commander Jack D. Ripper and joint chief of Staff Buck Turgidson - trigger an ingenious, irrevocable scheme to attack Russia's strategic targets with nuclear bombs. The brains behind the scheme belong to Dr. Strangelove, a wheelchair-bound nuclear scientist who has bizarre ideas about man's future. The President is helpless to stop the bombers, as is Captain Mandrake, the only man who can stop them.