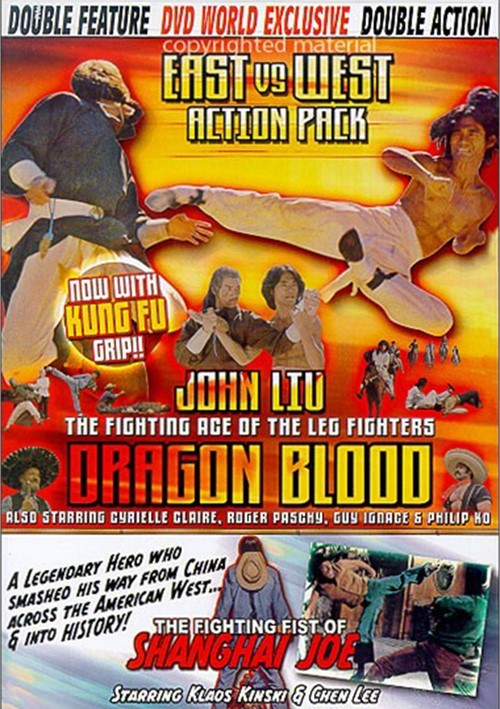 The West never looked so lethal! Superstar John Liu produced and directed this East/West fist and leg festival of amazing martial arts action! The story centers around the hunt for a medallion held by Philip Jo (Dragon on Fire, Fearless Dragons) and the place is the wild, wild west! Joining the cast are a wild bunch of karate and kung fu champions including Roger Paschy. Long though lost, this film has been found and available for the first time. The fists and feet fly as fast as the bullets!

The Fighting Fist of Shanghai Joe

Chen Li wanted to start a new life in America, but they wouldn't let him! Shanghai Joe is the first true East/West production to blend both genres of kung fu and the western films. Made by the producers of classic spaghetti westerns, Shanghai Joe delivers the best of both worlds!

A Treat For Fans Of Both Genres!