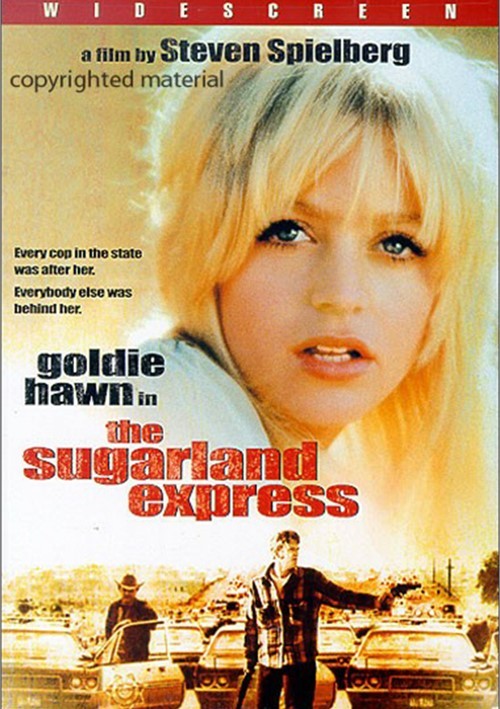 Every cop in the state was after her. Everybody else was behind her.

The Sugarland Express is based on the true story of Lou Jean Poplin, who kidnapped a Texas State trooper and led the police on a wild chase across the state in an effort to save her son from adoption. this complex role was enough to lure superstar Goldie Hawn back to the screen after a one-year hiatus following her Oscar-winning performance in Cactus Flower. It also marks the feature film debut of a young, now famous, director, Steven Spielberg.

Reviews for "Sugarland Express, The"