Last Of The Caravans 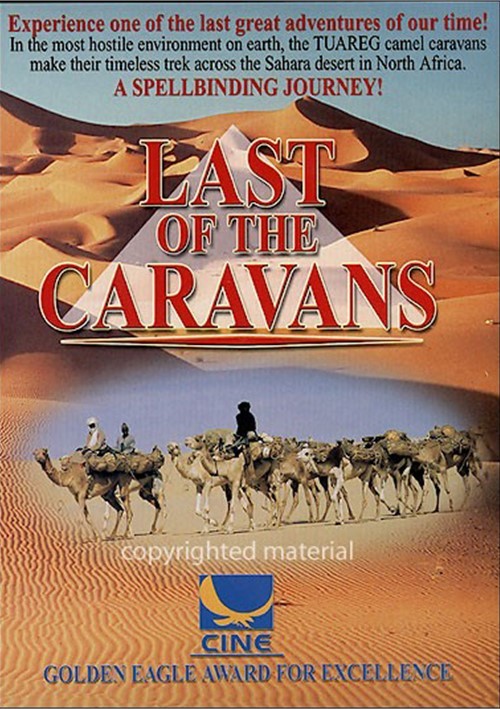 In the most hostile environment on earth, the Tuareg camel caravans make their timeless trek across the Sahara desert in North Africa.

Straight out of the Stone Age, 1.5 million Tuaregs are scattered across the Sahara desert in North Africa, one of earth's most hostile environments to mankind. Over thousands of years the resilient Tuaregs have adapted to the harsh living conditions of the desert and to this day their camel caravans continue their timeless trek across the Sahara. The Tuaregs have defied drought and famine, struggled with political repression and are fighting a civil war. But will they survive the onslaught of modern times? The award-winning Last Of The Caravans captures man's eternal struggle for survival and unveils the mystique of a proud people juxtapositioning their ancient traditions against the rapidly changing society of the 21st Century.

Review "Last Of The Caravans"

Reviews for "Last Of The Caravans"